Today is my birthday and Sunday we had a small celebration with close friends, wine and cake.

These are the three wines we consumed that evening, two whites one red.

Let us start with the Chardonnay, a bottle from 2006;

I got informed Saturday that some of the bottles from the 2006 can already be bad so I kinda ”rushed” to open my bottles from that year. I got two bottles from each Orsolya wine I own, so I started with the two Chardonnay’s. The result was one ”dead” and one was fine. The picture below is a carafe filled with the bad wine have a look at the color. 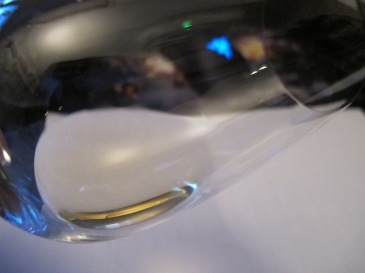 It’s dark yellow, smells alcohol and cork and tastes almost like pure alcohol… yes we tried it.
The picture on the right shows how the wine looks when it’s good.

The wine smell is full of minerals, and a bit of oak … quite a complex smell which I love in Chardonnay. The taste is quite smooth, but again reflects complexity like the smell .. there is a nice mineral and oak flavor as well. A great Chardonnay all in all.

So to make sure we had another white, we opened a Leányka 2006 from the tag-dűlő slopes in Eger.

The wine was already showing signs of the age, it was already more alcohol in the flavor and taste and there was a bit of cork in the smell and flavor. Like the Chardonnay there was a nice mineral taste in it as well, but a bit more acidity.
Pay attention to the nice label that is on the bottle, typical to Orsolya Pince.

And the last wine was a red, a bottle I opened in the afternoon just to drink and it ended up on the table of wines as well. A red wine from the Hetedhét family which I think is from 2014, it simply doesn’t say on the bottle 🙂 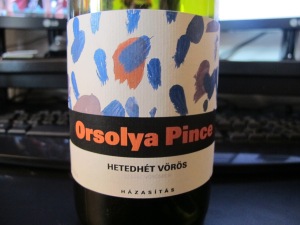 It’s a cuvée from two red grape types ; Kékfrankos and Zweigelt, it’s fairly young wine which you can smell and taste. It was fermented in plastic tanks of 10 hecto liters each and kept in stainless steel tanks till bottling. It has nice sour cherry fruits and mushrooms, a nice wine for the end of the summer and autumn.

And something not related to the wines but I want to add it to the post as well is the birthday cake ! 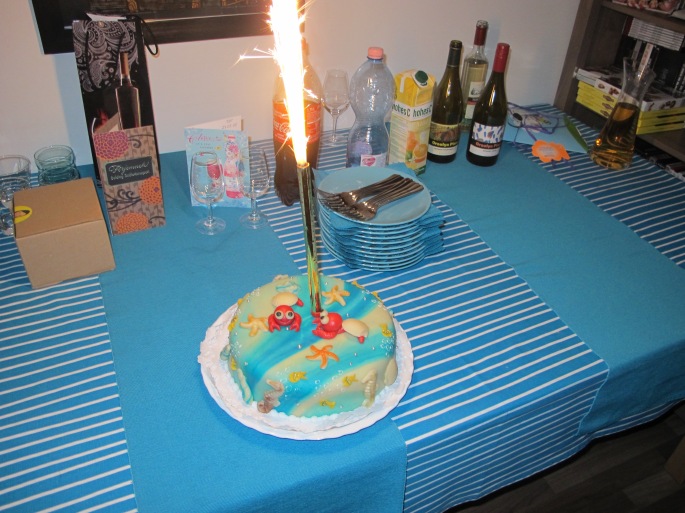 Follow Reviews about wine at its best on WordPress.com