A tasting about bio wine and other bio products

It was a windy day, a perfect day to stay in side and enjoy the wonders of bio products. We arrived just after 12.30 at the Budapest Millenáris, these buildings you can compare to the Excel center in London… just a lot smaller. There were not that many people yet, so I was very happy.. you see that is the reason why I like to go at the start.. not many people yet, the wines are still full, you can still talk with the wine makers and best of all… there are no drunk people yet !

After picking up some funny looking glasses, not wine glasses but more like water glasses made by Riedel we headed to drop of our coats and started to do a small loop to see where everything was. I was in luck because all the wineries I was very interested in were in the middle row next to each other, starting with Orsolya Pince my all time favorite winery from the Eger wine region.

They’ve brought some Leányka and Olaszrizling from 2014, both of them are beautiful wines with an unique smell and flavor. If I remember correct we started with the Leányka which was a greater opener because it had light acids. 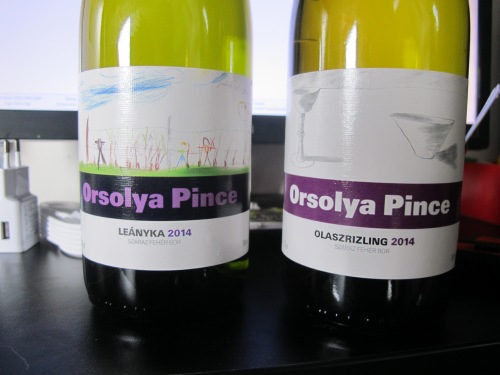 Next stop was Pók Tamás, another wine maker from the Eger wine region. I got a little bit disappointed that I missed the wine maker himself but lucky enough for me his daughter was very knowledgeable about the wines and gave me the information I needed.

We started with a 2012 Bikavér (Bull’s Blood) which had a red-rust color, it was aged 24 months in barrel and had a fruity oak smell, with sour cherry’s in the flavor combined with oak. Light tannins and a medium to full bodied wine. Light acids in the after taste.

Next up was the Kékfrankos (blaufränkisch) 2011, which was a hand full kind of wine. It had a purple color and was aged for 30 months on used oak barrels. The nose was almost completely dominated by oak with very light hints of black cherry. And the flavors were also very dominated by oak and very little of dry fruit. I would definitely say this is a full bodied wine, with a very long and acidly finish. Not my personal favorite.

Now we will move to the other side of Hungary, to be more exact Szekszárd where we will start with Pósta Borház. A winery that got my attention after I had a great Siller wine from them last spring.
We had a great Cabernet Franc 2012 from them, it was quite a complex wine for me which was  full of flavors. What immediately jumped out was a light coffee flavor and with later development we had some violet and oak.

The next stop was even more to the west on the border with Austria, the wine region called Sopron. The winery his name is Raspi, we had already been introduced to their wines at the wine and cheese dinner in Chess. Today was my chance to learn more about them and their other wines. This winery is in my opinion the best of that day, the staff was extremely knowledgeable, fluent in English and their wines were absolutely godlike.

To start with we had a Syrah from 2011, with it’s oakish flavor and raspberry’s jumping out it was a nice introduction and asked for more. We then had another Syrah but from 2012 to compare, there were a couple of big differences between them and one of them being that the 2012 was a lot smoother and lighter to drink. It had the same flavors was much easier to drink.

The last one we tried was perhaps one of the best red wines I have drank in my life, it was a selection of Zweigelt grapes. I had never tasted Zweigelt on its own and was quite curious and enthusiast to try this wine… little did I know I would be blasted away by the elegance of this wine. The vintage was 2006, so a fairly old wine… it was 2 years aged on barrique barrels, the nose was full of red fruits and you could detect a slight hint of oak. In the flavor there was almost no oak, but again a lot of red fruits like dark cherry, raspberry and a bit of red currant. This wine was absolutely easy to drink for it’s age and had great tannins. I later bought one of these bottles and I will also tell you that the price was  13.000 HUF/43 euros per bottle, but it’s in my opinion worth every forint/euro.

The next stop was Weninger, also active in Sopron but also in Burgenland which is a wine region in Austria. I had the luck to meet with Franz Weninger Senior himself, he takes care of the winery in Austria and it was a real honor to meet him. He was there with a trio of Kékfrankos wines starting from the simple range into the more single vineyard and older grapes range.

I did forget to take notes of my tastings and findings on this three wines, however I bought a bottle of Kirchholz from Weninger Austria. The wine is made from a single vineyard called Kirchholz. The Kékfrankos (blaufränkisch) vines are over 40 years old here. Which makes this wine unique and really interesting. I will write in more detail about this wine once I have opened it. 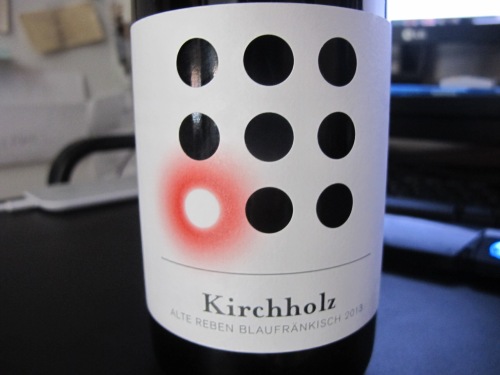 Other honorable mentions that I don’t have any pictures of,

<I do not own the featured image, all credit goes to http://www.mitiszol.hu/ >

Follow Reviews about wine at its best on WordPress.com